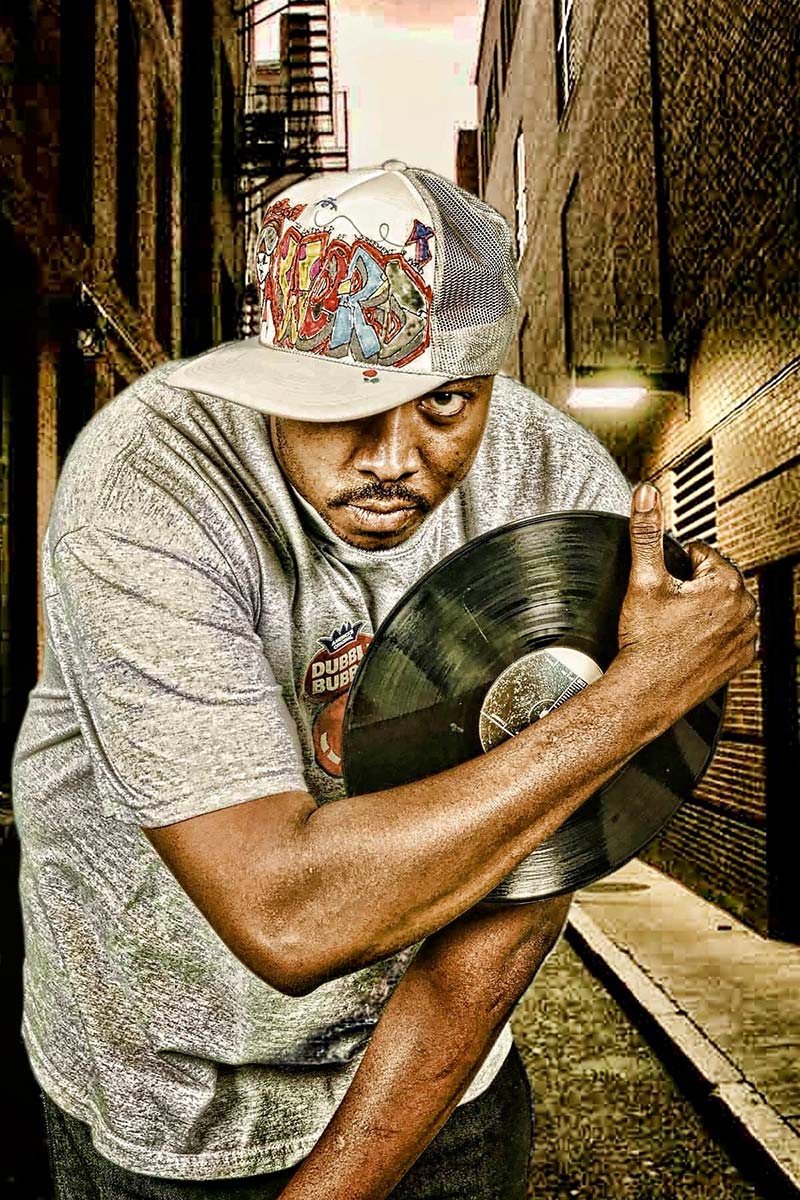 Doughboy was born, Gregory Crapps Jr, in the South Ward Weequahic Section of Newark, New Jersey on October 19, 1974. Growing up as a young black male in the mid 80’s, there were many challenges that he had to face. Doughboy was no stranger to the crime-infested streets of Newark, which lured unsuspecting black males into a life of fast money and drugs. Despite his unfortunate surroundings, Doughboy’s passion for music developed early. At the tender age of 10 he was introduced to his first pair of turntables by one of his mother’s co-workers. Impressed by his inherent abilities to work with the turntables, the co-worker labeled the young prodigy “a natural!”

From that day forward, Doughboy remained focused and sharpened his skills by working with local area deejays while continuing to excel in school. He went on to graduate from University High school alongside classmate and R&B sensation Faith Evans. Doughboy then attended Fairleigh Dickinson University where he graduated with a Bachelor of Arts Degree in Television and Radio Broadcasting Communications.

Young, driven, and musically gifted, Doughboy continued to deejay for various venues throughout the tri-state area. During that period, he began experimenting with songwriting and musical production. His exquisite writing skills and street savvy melodic beats caught the eye of Hip Hop and R&B s legendary and upcoming artists.

In essence, Doughboy began writing and producing tracks for Queen Latifah, 3LW, and Joe Budden. With production credits under his belt, his popularity shot through the roof. He was later selected as the official road deejay for VH1’s Love and Hip Hop star Joe Budden. Doughboy went on to perform all over the world showcasing his skills in places such as: Jamaica, Germany, Mexico, England, Dominican Republic, Puerto Rico, St. Thomas and Ghana.

Doughboy’s reputation allowed him to partner with some of Hip Hop’s hottest heat makers such as: The Refugee Camp (Lauryn Hill, Wyclef Jean, and Pras), Kaygee (Naughty by Nature, Jaheim, Zhane) and The Flavor Unit.

An established producer and industry deejay, Doughboy was televised on major television networks such as: BET, MTV and Showtime. His notoriety and unique musical talents patent him appealing and a trendsetter in the entertainment industry.

Recently, Doughboy’s music production is taking off as a member of The Addixs who has partnered with Power 105.1 FM’s DJ Self. You can hear his songs “Yeah OK” featuring Kazzie and Rick Ross along with “Talk About it Be About it” featuring. Maino, Vado, & Uncle Murda.  Doughboy has also become the sanctioned deejay for Newark’s Mayor Ras Baraka at the 24 Hours Of Peace in Newark, NJ & the official deejay for actress LisaRaye.

You can find Doughboy in the clubs daily, in the studio, or on your television, and cell phones, spinning for Music Choice.  Tune in with the other 50 million listeners across the country and hear the hottest tunes and latest mixes.